The students acted as facilitators in a programme arranged for 30 school pupils from Nottinghamshire. 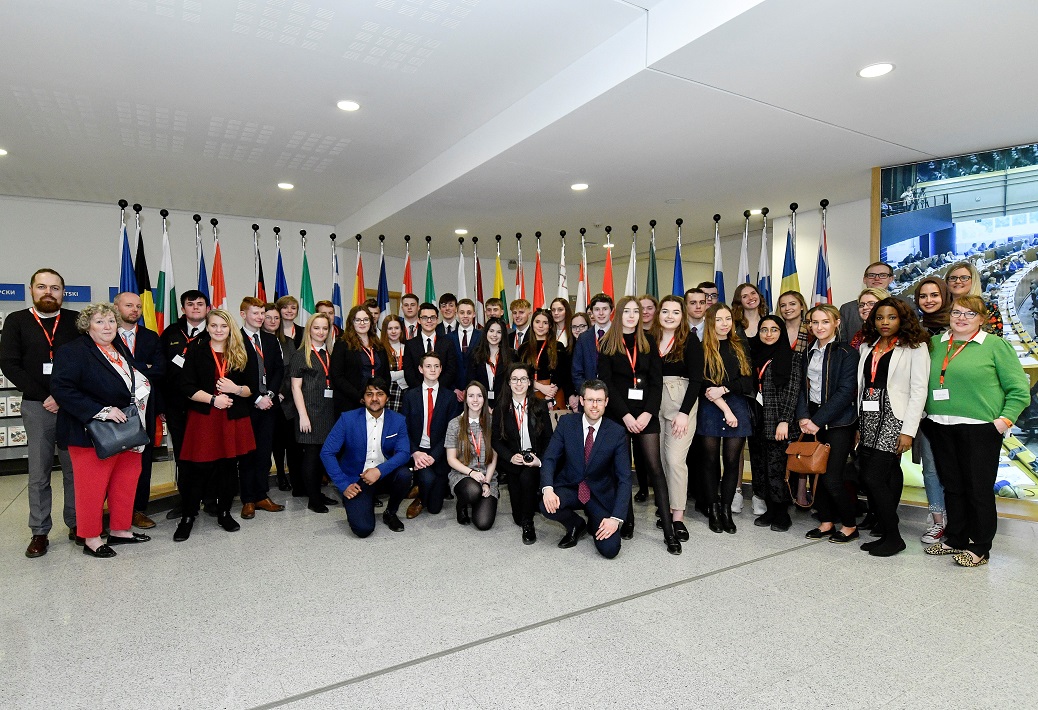 The DMU group at NATO headquarters

The visit was organised in conjunction with #DMUglobal, the university’s pioneering international experience programme, which aims to enrich studies, broaden cultural horizons and to develop key skills valued by employers.

The itinerary, which included visits to First World War battlefield sites in Flanders, meetings in the European Parliament and a briefing by the United States Mission at NATO headquarters was designed to improve the students’ knowledge and understanding of democracy, good governance, global citizenship and internationalism.

The first calling point was Ypres in France where the students participated in the sounding of the Last Post ceremony at the Menin Gate memorial. Fatimath Bawa-Allah, Evie Chambers and Maria Tariq formed an official bearer party to lay a wreath in memory of the allied forces that fell in and around Ypres between 1914 and 1918.

“I was proud to have the honour of laying a wreath at the Menin Gate on behalf of DMU,” Law student Maria Tariq said. 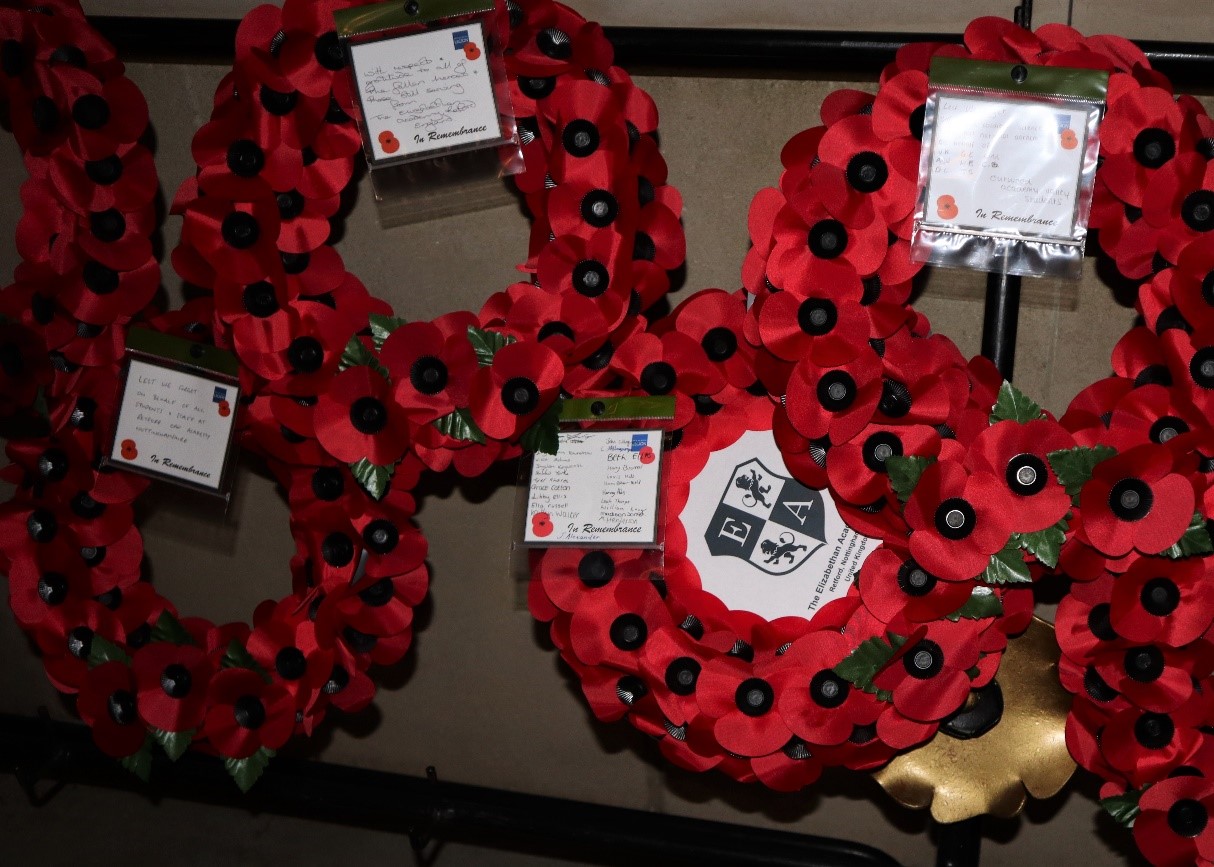 A DMU wreath laid at the Menin Gate

The party then travelled to Brussels, stopping briefly at the Tyne Cot cemetery, where nearly 12,000 men and boys are buried. The sight of row on row of headstones in the morning sunshine, many of them unmarked, had an emotional impact on the students who spent 30 minutes in quiet reflection at the immaculately kept Commonwealth War Graves Commission site.

Rory Palmer MEP said: “Visiting the Menin Gate and Tyne Cot Cemetery gave the DMU students an important opportunity to reflect on the devastating events happening in mainland Europe a hundred years ago.

“The students found this part of the visit deeply moving and have gained a better understanding of the terrible sacrifices made during the First World War.”

On arrival in Brussels, the students toured the House of European History museum before a behind the scenes look at the European Parliament, including a visit to the Hemicycle where 751 MEPs vote on major policy issues.

Later the group engaged in a lively career speed dating session with a range of European decision makers and opinion formers including MEPs, parliament staff, journalists and political advisers. 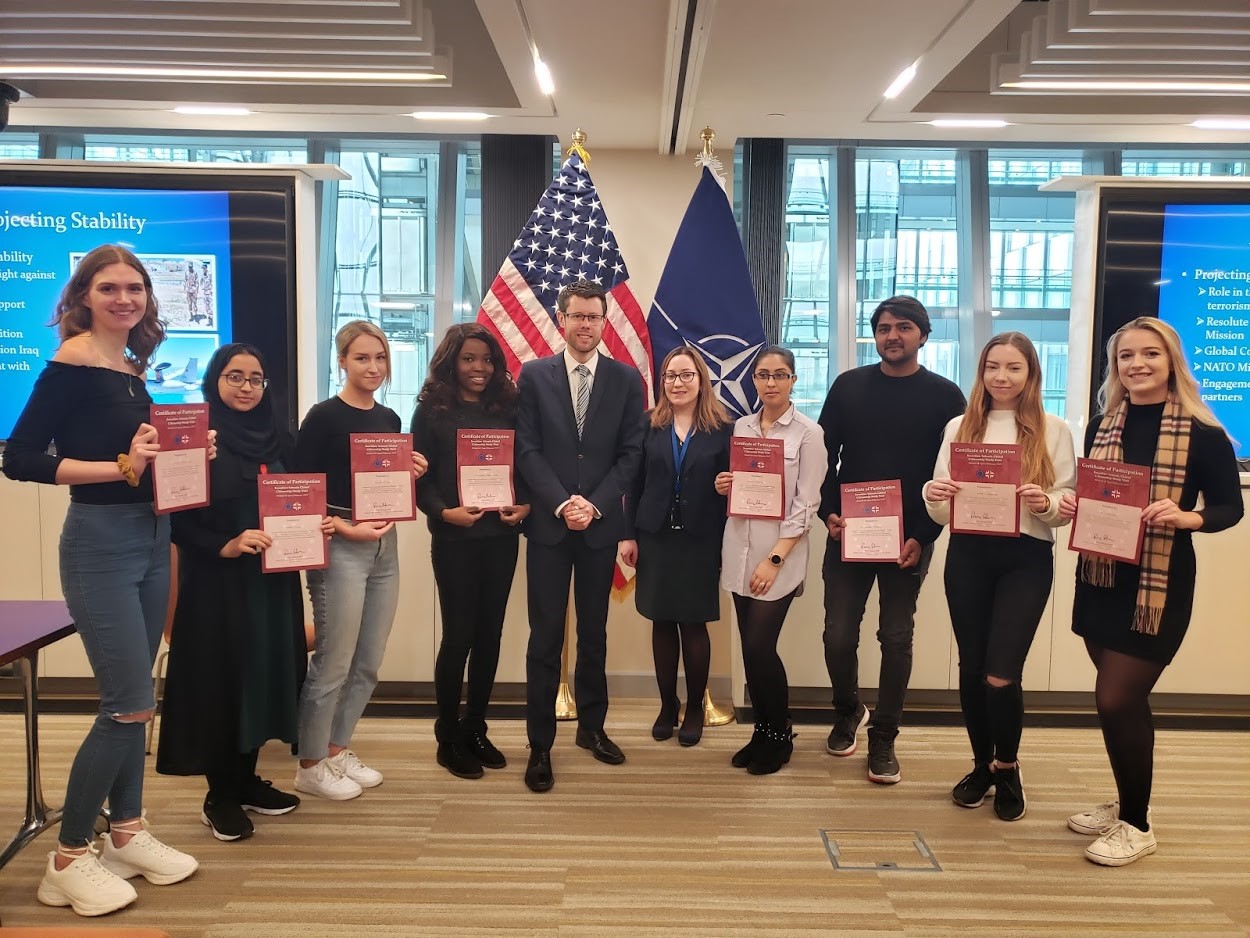 The wide range of job opportunities available in government circles proved surprising to many of those taking part, particularly Hafsah Dassu who is studying Economics.

“I really appreciated the speed dating activity,” Hafsah said. “Speaking with people from diverse backgrounds in influential positions opened my eyes to the opportunities available to me, and they are not beyond my reach.”

The trip concluded with a rare visit to NATO’s new European Headquarters which houses around 4,000 staff from 29-member countries. The students received a private briefing on the arrangements for security co-operation in Europe and North America that were put in place via a treaty signed in Washington DC in 1949.

The visit was hosted by the US delegation whose representatives fielded a range of challenging question from their guests on subjects ranging from the terrorist threat to nuclear deterrence.

International Business Postgraduate student Fatimath Bawa-Allah said: “This has been a real eye-opener for me. Despite not being an EU citizen, it made me understand the impact that Brexit will have in so many different ways.

“The visit to the Parliament and to NATO was very enlightening and I want to thank Rory for giving me the opportunity to take part.” 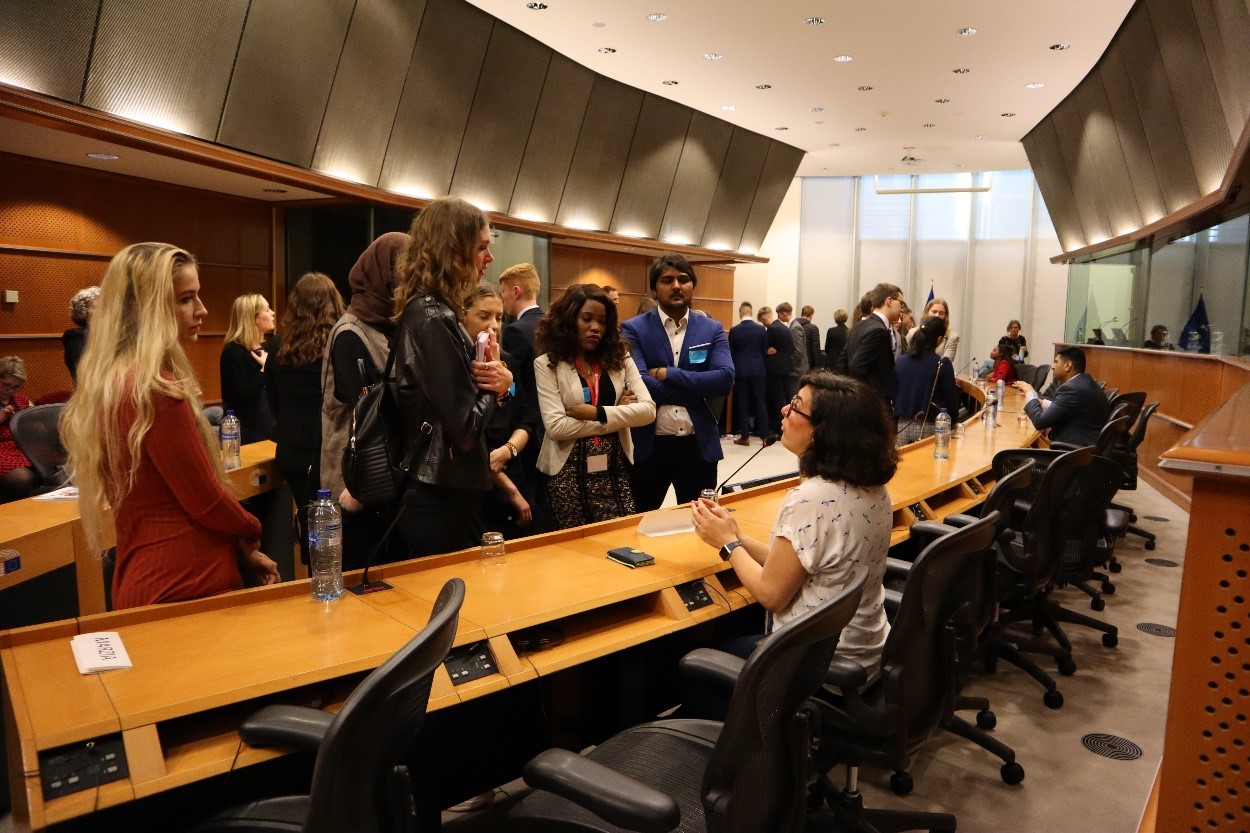 Rory Palmer concluded: “I’ve always believed that young people should have the chance to visit political institutions and see how they work at first hand.

“When I became a Member of the European Parliament I was determined to listen to young people and to involve them in my work. I’ve visited schools and colleges and met with youth councils; this unique trip to Ypres and Brussels was the next stage of that work.

“I’ve really enjoyed hosting this group of students from DMU. From what they’ve told me, they’ve found it interesting, enjoyable and a valuable learning experience.

“Throughout the trip the students demonstrated a strong understanding of global challenges and had clear and informed thoughts about the UK’s place in the world. They represented the university and their communities with distinction. There is great potential for some of these young people to become the diplomats, politicians and leaders of the future.

“Like others of their generation, they are intelligent, articulate and have clear ideas on how to improve society for the better. They are inspiring and they should give us all hope and optimism for the future.”